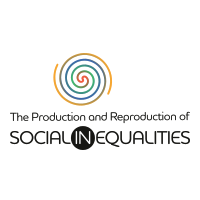 With its focus on mobility within the Global South, my research challenges the emphasis on South-North migration prevailing in research and theory making. Regionally, I focus on the transnational connections between Africa, the Gulf States, and China. Thematically, I am interested in the particularities and incentives of these new migration routes; the ways in which migrants respond to and shape changing economic and regulatory environments; and how their experiences feed back into practices and discourses back home. I started this research in 2007 with a collaborative project on local perspectives on transnational migration from Cameroon together with colleagues and students of the University of Yaoundé 1. Subsequently, I conducted fieldwork on entrepreneurial migration from Cameroon to Gabon, South Africa, and the United Arab Emirates. Furthermore, I have extended my purview to China to study migrant responses to China's changing immigration law and policy, with a focus on African migrants in Guangzhou. In recent years, I have shifted my focus back to Cameroon and have been studying the effects of return migration as well as local discourses on high-risk migration and trafficking in persons.

Currently, I am involved in two research projects that focus on the production of social inequalities in the context of labour migration to the Gulf States. The first is part of the international research unit 'The Production and Reproduction of Social Inequalities: Global Contexts and Concepts of Labour Exploitation', funded by the Volkswagen Foundation, of which I am the speaker/coordinator. The unit comprises four partners based in China (Prof. Dr. Tu Huynh), Ethiopia (Prof. Dr. Meron Eresso), and Germany (Prof. Dr. Ulrike Linder, Prof. Dr. Michaela Pelican), whose projects address the overarching question of why attempts aimed at increasing equality often have contributed to generating durable inequalities. The unit tackles this question by studying selected concepts and contexts of labor exploitation in different regional and historical settings. In the case of my project, the focus is on the concept of 'human trafficking' and its uses and interpretations by legal and local actors in Cameroon against the background of public testimonials of female migrants returning from the Gulf States. The second project is a spin-off of the research unit and is also funded by the Volkswagen Foundation. It involves three members (Prof. Dr. Tu Huynh, Dr. Jonathan Ngeh, Prof. Dr. Michaela Pelican) who share an interest in African migrants and their exposure to the social, political, and economic ramifications of the COVID-19 pandemic. The project investigates both the production of social inequalities and the emergence of new opportunities by considering the vital role of communication in times of crisis and transition. In addition to studying the pandemic's differential socio-economic impact on different social groups, it probes the relevance of solidarity at the grassroots level to mitigate the crisis.

In Cameroon, as in many parts of Africa, international migration is a relevant topic and has inspired local visions of a better future. While Western countries have long featured as preferred destinations, many Cameroonians have turned to alternative destinations in the Global South, both out of choice and necessity. Popular destinations today are countries in Africa, the Middle East and Asia, many of which offer economic incentives and relatively easy accessibility.

While being attractive in different ways, not all destinations enjoy the same reputation. The popular term 'bushfaller', as indicated in the above picture, refers to a successful migrant who 'made it' and now leads a good life in the West or any place associated with prosperity and modernity. For example, within the African continent South Africa may count as 'bush'; China's position is still being debated. Moreover, reputations can change. For example, due to the frequent travels of African traders to and fro Dubai, the Gulf States have recently lost much of their allure and may now be seen as an outpost of Cameroon rather than 'bush'. Yet, what has attracted African migrants to places as varied as the Gulf States, Turkey, Russia, and China are educational and economic opportunities. This has paved the way for a new category of global African entrepreneurs, as Mahir Saul and I have shown in our thematic issue African Global Entrepreneurs (UAS, 2014). Besides economic incentives, these new destinations are often characterized by migration regimes different from those in the West.

One of my regional foci has been on migration from Cameroon to the Gulf States, in particular the United Arab Emirates. Here, foreigners' entry and stay is governed by the kafala or sponsorship system, which sanctions economic incentives but limits migrants' rights. The kafala system has widely been portrayed - both in the media and academia - as facilitating the abuse of migrant workers. However, while there are ample examples of frustration and exploitation, there are also cases of prosperity and success. Cameroonians familiar with the system have mixed experiences and opinions. Some have made use of flexible regulations and loopholes that can make a successful stay in the Gulf States somewhat reachable and manageable.

Recent changes in the Chinese immigration system and how they are perceived and maneuvered by foreign migrants has been the subject of the interdisciplinary research project 'Chinese Immigration Law and Policy: Perspectives of lawmakers, administrators, and immigrants', realised in collaboration with Prof. Dr. Bjoern Ahl (Department of Chinese Studies, University of Cologne). The project is part of the international research consortium 'Immigration in China' , headed by Prof. Dr. Frank Pieke.
Our project 'Chinese Immigration Law and Policy' investigates the social dynamics and outcomes of the implementation of the new exit-entry law of 2012 by studying the actions of state and non-state actors, including legislators, administrators, and (im)migrants. It focuses on two sites: Beijing where the national legislator is located, and Guangzhou as a centre of commerce and foreign - in particular African - (im)migration. On my part, I engage with the following questions: How does the new exit-entry law impact on African migrants, including traders, business people, and students? How do they view and respond to the law's implementation which varies in different locations? How do African migrants relate their experiences in China to discourses on migration and citizenship in other destinations and/or in their home countries?


My focus on African migrants in China has been complemented by the following doctoral research projects (under my supervision):